ENGLISH VERSION
ECUADORIAN FLOWERS: COMPANIONS OF SADNESS
Since October 16, 2003, that’s two years and three months ago, 52 workers of Rosas del Ecuador, in the zone of Cangahua, 1.5 hours from Quito, have been on strike. After several months without pay, the plantation owners’ refusal to pay social security quotas, and his failure to fulfill agreements related to transportation and food, the workers exhausted the lega
l and mediation processes in an attempt to resolve the conflict. At that point, more than 80 workers and their families were left with only one option – they took over the farm on June 11 of that same year.
“As an organization we have to remain inside of the farm, carrying out the minimum services and protecting the farm, cooking and sleeping at the company. Some sleep exposed to the weather with their stomachs and pockets empty…”

The company owner was called to obligatory mediation on June 18, 2003, and a transactional agreement was signed on June 19. “After that we returned to work, thinking that things would be resolved, but that didn’t happen, and the agreement was not complied with,” said one of the strike leaders.

To help the company owner, Sabino Hernández, resolve the company’s financial problems, the workers took out an IESS loan to pay their own salaries until July. They assumed that Mr. Hernandez was serious when he promised to pay the remaining wages within 15 days. But he didn’t comply with this or any other promise. Thus the workers, having complied with all of the requirements and legal paperwork, were again forced to take over the farm, from October 2003 to the present.

And today 52 families are still holding on. These families are from one of the poorest sectors of this poor country, and they are fighting the windmills. And it appears that this is not the only group of workers facing such difficulties, because several flower companies have not received sufficient profits to compete in the difficult flower export market, and therefore they “let their plantations die”, which really means that they let the region’s inhabitants die. They abandon large, medium-sized, and small flower plantations, and along with them they abandon the people who work there.

In the case of Rosas del Ecuador, the strikers are led by a woman, Olga Tutillo. Olga maintains the spirit of the struggle for compliance of their labor rights and their rights as Ecuadorian citizens. This attitude has been severely punished by the other flower companies, as Olga and the other strikers are barred from working on other plantations and submitted to a situation even more serious than the one the confronted before.

Olga, who is 39, has been working on the flower plantations since she was 16. Her five children inherited part of what she inhaled during the pesticide fumigations. Her partner is also a striker. The solidarity and firmness of those who remain, and their community, keeps them going. Olga was even invited to travel to the United States by a labor rights NGO. Neither the US Congressmen, nor the mass media recorded her visit.

A FEW IMPORTANT POINTS ABOUT FLOWER EXPORTS…
Flower exports have not benefited the majority of the population. Flower workers earn $156 per month plus legal benefits. But, “when the law is created, the loophole is created”. To scrimp on salaries, job stability, and obligations, subcontractor companies have been invented.

Recently, the workers have had to confront the action of the subcontractors. This new form of hiring arrived in the region to help the company owners avoid labor conflicts and increase their profits. They hire workers for a maximum of three months, and do not provide them with any social benefits. They avoid hiring pregnant workers, or they fire them as soon as they find out they are pregnant (to evade responsibility for the ingestion of toxins that affect the fetuses). They also ensure that labor activists, who will demand respect for labor rights, do not infiltrate a company’s workforce.

At certain times of year, such as right before Valentine’s Day, they force workers to work up to 24 hours in the plantation, with only two hours off for sleeping.

Fumigation without adequate protection, lack of protection for their clothing, and lack of work clothes, child workers exposed to highly toxic chemicals… all of these things have made flower workers a highly vulnerable population.

Studies that are still in progress show the increase in malformations in newborns, serious intoxications (sometimes deadly), and children who are abandoned because of the lack of childcare facilities for workers’ offspring. It is enough to make one think that Ecuadorian flowers should be used for burials, not for happy occasions. But, in this case and at other abandoned plantations, there is also the problem of environmental contamination.

Thousands of plants carrying plagues are left exposed to the weather. The winds, common in the region, break the plastic greenhouses and spread the diseases to the other crops. Rosas del Ecuador is an example of a fight of solidarity. In the same region, many workers at abandoned companies simply lower their heads and remain silent, in order to avoid being blacklisted, and they move on to one plantation after another under the enslavement of the subcontractors.

The 52 families cannot continue in this situation much longer. It is not possible that the hunger of more than 250 people be ignored forever, though the company owner is hoping to be successful with his strategy of letting time pass, drawing out the lawsuit, and waiting for the affected workers to give up and abandon the case.

The Ecuadorian government, the Ministry of Labor, the labor judges, and the President himself should take measures to protect poor workers. With the Constitution in hand, they must avoid future attacks on the most elemental rights of the citizens and workers of this country.
Next February 14, “Day of love and friendship,” don’t give gifts of Ecuadorian roses and flowers full of injustice and chemicals.

These flowers must bloom only in solidarity and justice. 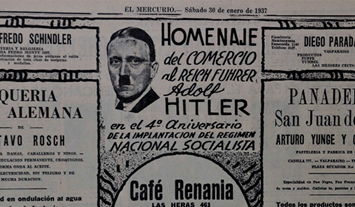 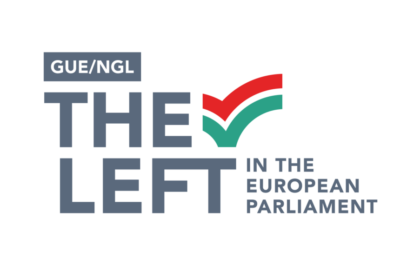 por The Left in the European Parlament 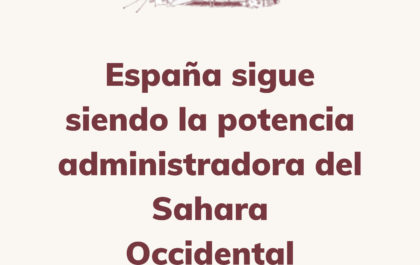